This project will involve the distribution of  energy efficient JikoKoa stoves  around impoverished communities in Kenya. Many communities are also largely overpopulated, with large volumes of people suffering from unemployment, poor health and poverty. The lifestyles of the locals within this community often impact negatively on the environment, as for instance regarding deforestation. These stoves will utilise efficient rocket technology and will be manufactured, distributed and installed by local people. Initial testing has shown these stoves to be more than 50% more efficient than traditional models as well as reducing indoor smoke about 80%.

Climate change and health are inexorably linked. The WHO estimates that 7 million premature deaths annually are linked to air pollution, and between 2030 and 2050 climate change is expected to cause approximately 250,000 additional deaths per year, with direct damage costs to health estimated at between US$2-4 billion/year by 2030. If climate change is not brought under control, health problems from unclean air, major depletion of natural resources, water unsafe to drink, insufficient food and lack of secure shelter will only be exacerbated, leaving those developing countries that are most exposed ,least able to cope with  the oncoming challenges.

The vast majority of hospitalised burn victims in Africa are under the age of six years old. Hot liquid scalds and open flame burns are the most common type of injury. The project’s improved cookstoves are safer than traditional cooking methods because the stove’s structure shields the fire to contain heat and so protects against burns.

The Sustainable Development Goals (SDGs), launched by the United Nations in 2015, are a vehicle for driving  change. They represent an action plan for the planet and society to thrive by 2030. They address poverty, hunger and climate change, among other issues central to human progress and sustainable development, such as gender equality, clean water and sanitation, and responsible consumption and production. This project has started to fulfil these aims. 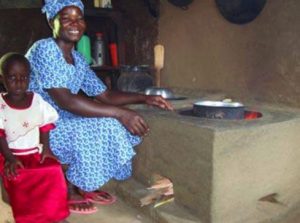 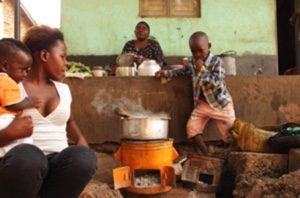